Published by sbalenders On April 5, 2020 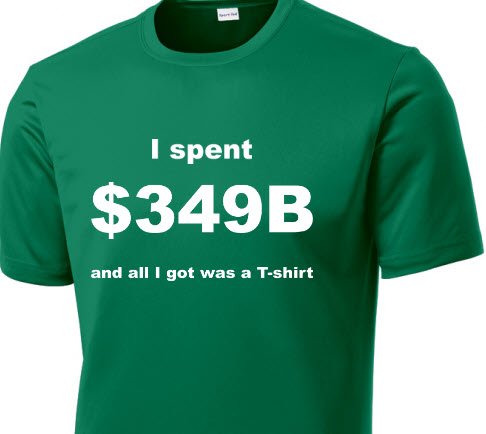 Jovita Carranza, Secretary of the SBA, was tweeting on April 3rd 13,669 loans totally $4.3 billion dollars under the SBA CARES Act/PPP 7(a) program went to the SBA. The translates to roughly $316,000 per borrower. On April 4th Bank of America tweeted that they received 145,000 applications totaling $30B, so roughly $207,000 per loan. The three other massive banks in the U.S. (Wells Fargo, Citi, and JP Morgan Chase) hadn’t even started processing their PPP loans at the time of this writing. If one of the four big banks can ring up over $30B in under 48 hours, what happens when those other three come online early this week?

One would think the average loan size for these initial loans will be higher than subsequent loans because 1) banks are prioritizing their best (aka biggest) customers first and 2) independent contractors can’t even enroll until April 10th. Given those facts, let’s predict an average loan per small business in America of $150,000.

According to the U.S. Chamber of Commerce, there are 30M small businesses in America. Now let’s assume that only 20M of the 30M request PPP loans. That would equate to a $3 trillion bill for taxpayers. Gulp.

Senator Marco Rubio tweeted recently Congress they may need to allocate more money to the PPP program in May, and Treasury Secretary Mnuchin has stated there is bi-partisan support for raising the cap above $349B. Good news that there is political support behind. The bad news is we won’t make it to May. This initial $349B may be gone by Easter, so plan ahead and apply for your PPP SBA loan as soon as you can.

Please note we have nothing to do with the SBA or U.S. government and the opinions based here are based on nothing more than the public data readily available to all.