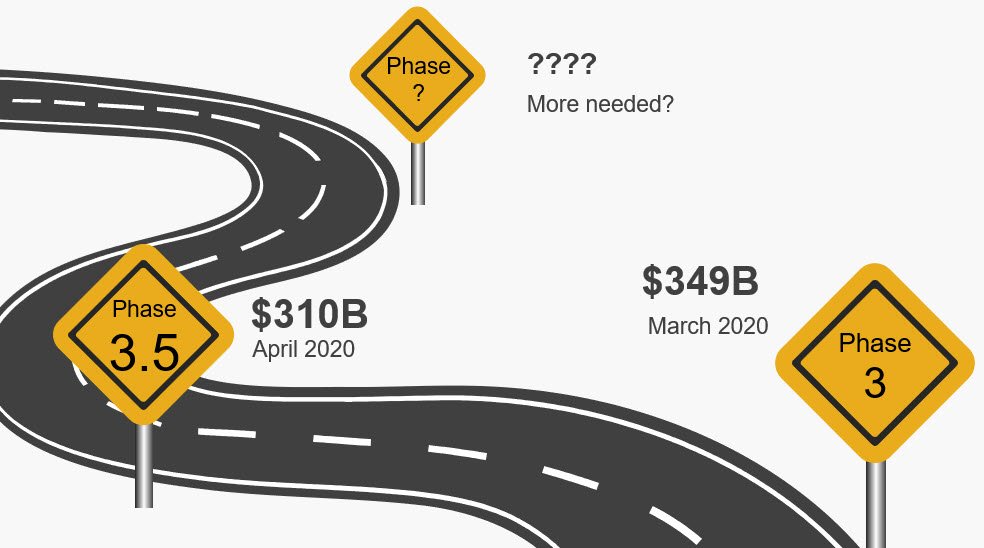 Banks, especially large ones, were highly criticized for prioritizing some customers over others with the initial “Phase 3” rollout of the Payroll Protection Program (“PPP”) loan program. We noted in a previous post about the first $349 billion round of PPP SBA loans that companies with 200+ FTEs were 3x more likely to have their loan processed than companies with 15 or fewer employees. Congress and social media were aghast. Shut out borrowers hoped that the “Phase 3.5” for $310 billion would better equalize loan approvals, and banks would process applications on a first come, first serve basis.

Have the banks met this equality objective? Two key metrics to review when answering this question are 1) the average size of each loan and 2) the average size of each business in terms of “full-time equivalent” (“FTEs”) employees. We looked at the incremental loans approved between time periods to get a better sense of the loans being processed during those days instead of looking at cumulative averages which are often cited by the media and politicians alike.

To determine number of employees per business, we utilized $10,000 as the average loan on a per employee basis which is within a few hundred dollars of our estimated average from the Phase 3 PPP stimulus. We do believe the Phase 3.5 loan average will be slightly lower than $10,000, but for purposes of illustration we will stick with $10,000.

Small fry banking with big guy shut out (again) – Many very small businesses were shut out in the first round by banker preferences.  In the second round those very small businesses at the top 38 banks (whose assets are over $10 billion each) may have been shut out by legislatively caps placed on their PPP activity. Also, the SBA mitigated the big banks’ technology advantage by limiting batch processing capabilities.

First come, first serve until all are served – If Phase 3.5 is not enough to cover all small business borrowers, Treasury Secretary Mnuchin has stated publicly 1) anyone who wants a loan will be able to get one and 2) he has $250 billion in unallocated funds in the CARES Act he can move between programs if needed. We believe fairness and election year politics will mandate that the PPP loan program be funded with more capital once again if the $310 billion does not cover all deserving borrowers.

Phase 3.5.1 update may not be needed – There are roughly 60 million small business employees in America. Assuming an SBA loan of $10,000 per employee, the total needed is $600 billion. Congress has allocated $659 billion between the two tranches. Reports of the PPP program needing a third tranche of hundreds of billions more seems less plausible. If more funding is needed, the program will likely get it. Hopefully, a third round will be based on the original program deadline of  June 3oth only and not a hard dollar cap.

July 4th fireworks curiosity of your SBA loan – The goal of PPP is to put employees back to work. As we stated in our previous post on Phase 3, we believe that due to both supply and demand disruptions, many employers will not hire back anywhere close to the numbers of employees that had pre-coronavirus. Also, the math calculation (i.e., 2.5 months vs. 8 weeks) works against the borrower. As a result, in July the majority of borrowers will have loans not entirely forgiven.