Published by sbalenders On December 26, 2020 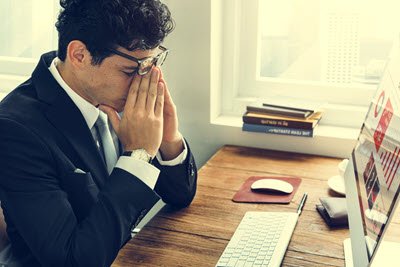 SbaLenders.com reviewed the current Economic Aid relief bill enacted into law on December 27th, 2020. By analyzing data from the Small Business Administration’s Payroll Protection Program (“PPP”), SbaLenders.com was able to make predictions about the adequacy of the $284 billion program being called PPP Round 2 and our thoughts on a potential PPP Round 3.

We believe the program needs roughly $529 billion to cover all likely borrowers:

The shortage of $245 billion will likely be funded by another round of PPP funding – PPP Round 3. PPPr3 will likely be approved by Congress and the President within a few weeks of the exhaustion of PPP Round 2 funds.  However, PPPr3 is not guaranteed and just like in PPP Rounds 1 and 2, we will see stress levels from desperate entrepreneurs and overwhelmed bankers rise to unhealthy levels.

The PPP Round 1 program blew through $349 billion in just 13 days. We anticipate PPP Round 2 funds of $284 billion will be exhausted in two weeks or less. The only possible way the funds last longer than two weeks is if Covid slows workforce participation and/or the SBA’s E-tran system becomes a bottleneck.

The logic of Congress in running the PPP loans through a network of over 5,000 financial institutions is reasonable – the banks know their customers better than the SBA so fraud will be less and funds will be delivered faster going through banks. However, as any borrower can attest, banks aren’t institutions designed with speed in mind. We have already heard complaints regarding the PPPr3 legislation that may complicate matters for all parties involved, that being banks being verifying that small businesses are under 300 employees and revenues declined by 25% or more for one quarter.

The white knight with PPPr2 and especially PPPr3 if ever approved will likely be fintechs (i.e., financial firms with a heavy technology infrastructure) whose software, systems, and nimbleness will allow them to process a high volume of PPP loans in a short period of time. As with PPP Round 1, the question isn’t whether the fintechs can process high volumes expeditiously but rather at what speed with the SBA approve fintechs’ applications to participate in PPPr3.

Key differences between PPPr1 & 2 and PPPr3:

As we predicted in late December, PPP Round 2 will be live and banks will be processing PPP loan request beginning on January 11 via small community financial institutions. We are predicting Round 2 will starts for the vast majority of U.S. banks sometime between January 15 and January 18.  Note that SBALenders.com is not part of or associated with the SBA or the U.S. government so we do not have any better insights than anyone else regarding the PPPr2 and potentially PPPr3. We are simply providing our predictions to our readers based on our understanding the legislation and prior PPP loan activity.